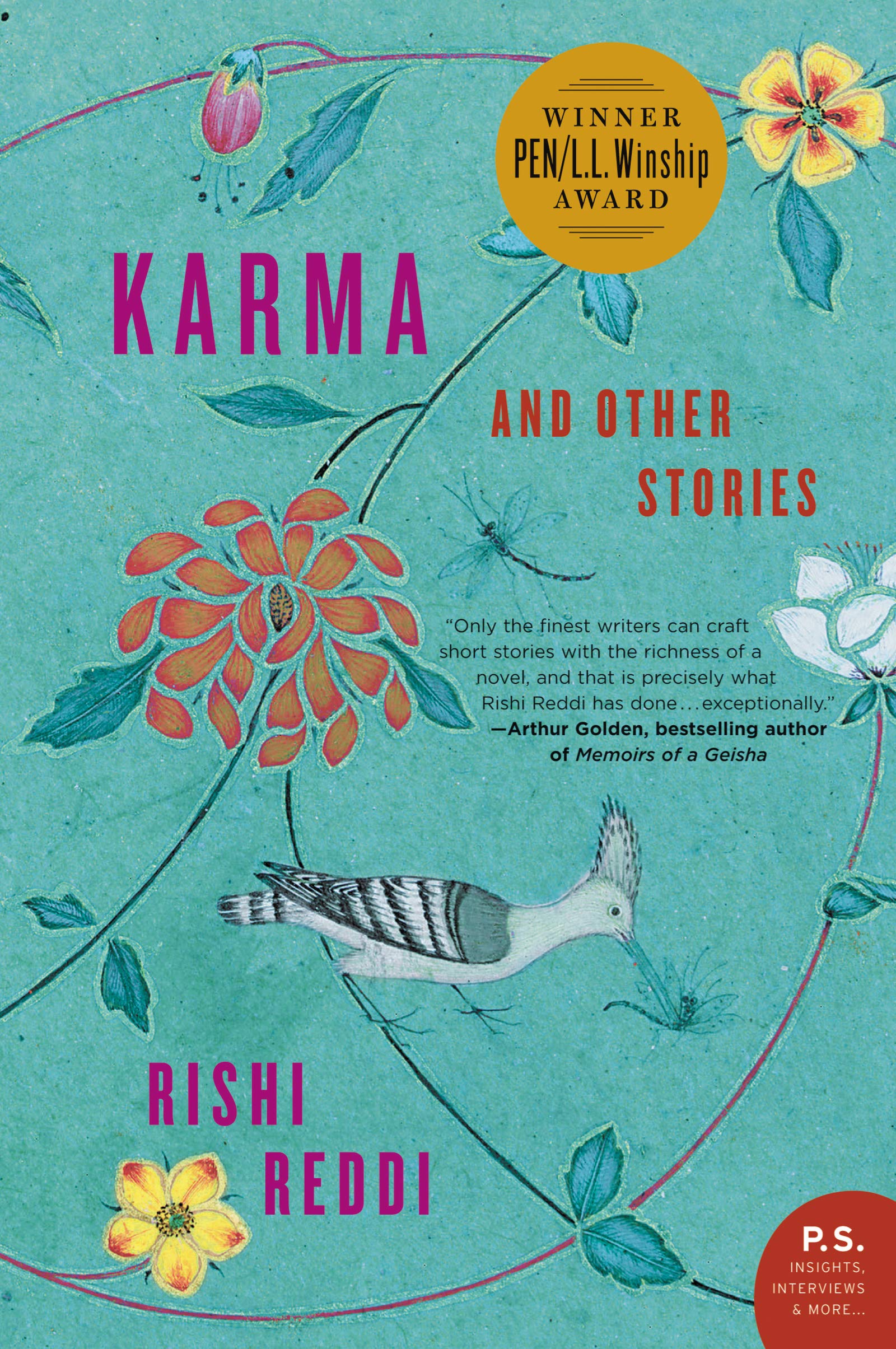 In this sparkling collection, award-winning writer Rishi Reddi weaves a multigenerational tapestry of interconnected lives, depicting members of an Indian American community struggling to balance the demands of tradition with the allure of Western life.

In “Lord Krishna,” a teenager is offended when his evangelical history teacher likens the Hindu deity to Satan, but ultimately forgives the teacher against his father’s wishes. In the title story, “Karma,” an unemployed professor rescues birds in downtown Boston after his wealthy brother kicks him out of his home. In “Justice Shiva Ram Murthy,” which appeared in The Best American Short Stories 2005, an irascible retired judge reconnects with a childhood friend while adjusting to a new life with his daughter and her American husband. In “Devadasi,” a beautiful young woman raised in the United States travels back to India and challenges the sexual confines of her culture. And in “Bangles,” a widow decides to return to her native village to flee her son’s off-putting American ways.

Set mostly in the Boston area, with side trips to an isolated immigrant community in Wichita, Kansas, and the characters’ hometown of Hyderabad, India, Karma and Other Stories introduces a luminous new voice.